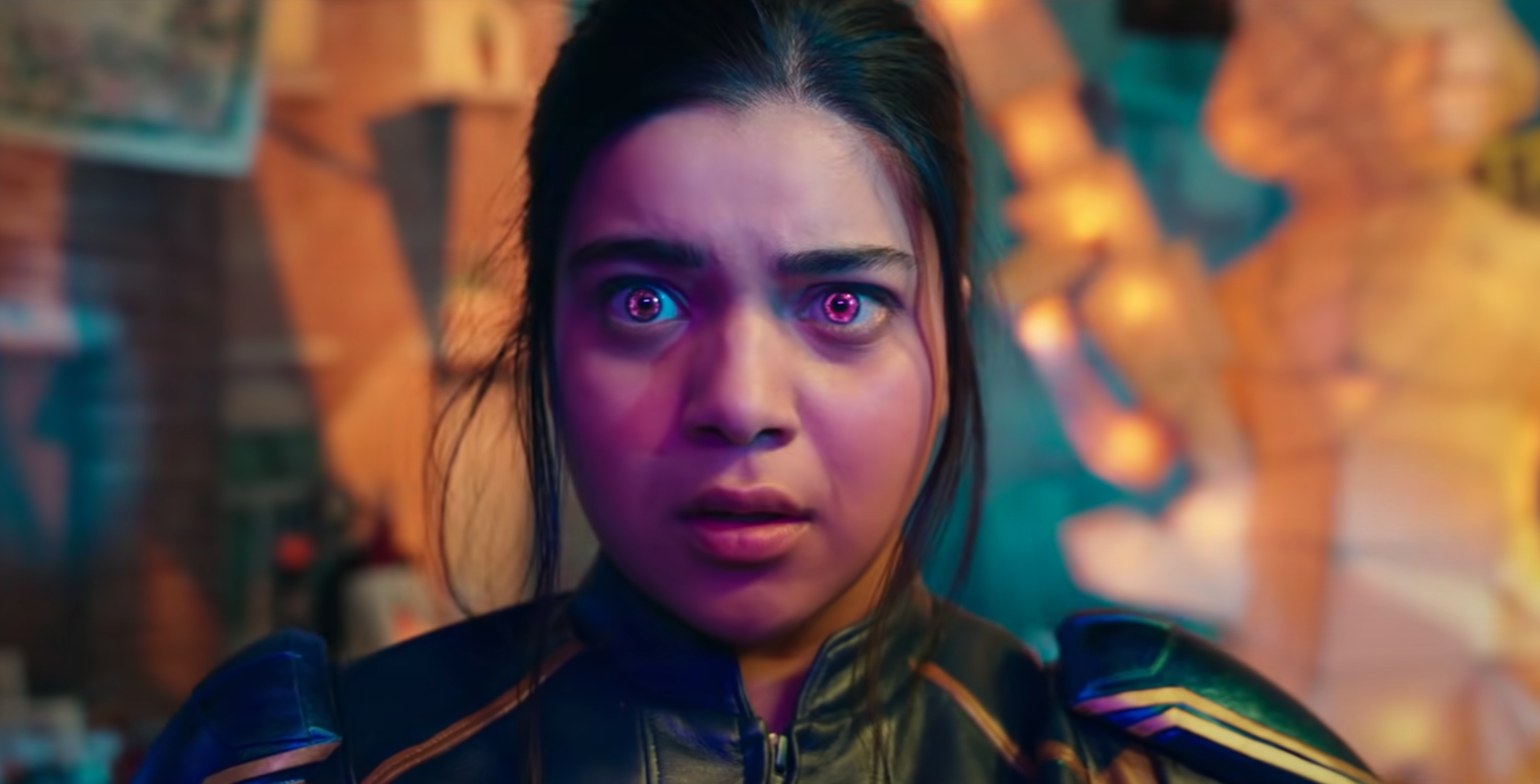 In the second episode of the Marvel Cinematic Universe (MCU) series Ms. Marvel (2022), Aamir Khan (played by Saagar Shaikh) remarks that “Every Pakistani family has a Partition story, and none of them are good.”1 The Khan family – father Yusuf (Mohan Kapur), mother Muneeba (Zenobia Shroff), son Aamir, and daughter and title character Kamala/Ms. Marvel (Iman Vellani) – confronts its Partition story in a series of conversations and extended flashbacks while Kamala grapples with both her newfound powers (channeled through a bangle received from her grandmother, Sana) and her life as a Pakistani American high school student in Jersey City.2 These conflicts converge in a two-episode arc set in Pakistan that brings both Kamala and the viewers to the tumultuous historical moment of the Partition of India.3

At midnight on August 15, 1947, the British Raj (1858-1947) split into two independent polities – the Dominion of India (now the Republic of India) and the Dominion of Pakistan (now the Islamic Republic of Pakistan and the People’s Republic of Bangladesh). Facing anticolonial resistance and a depleted treasury following the Second World War, British Prime Minister Clement Atlee tasked Lord Mountbatten, India’s viceroy, with overseeing Indian independence by June 30, 1948. The initial plan for a united India proposed three largely autonomous provinces united by a weak central government in charge of communication, currency, and foreign affairs.4 However, Jawaharlal Nehru’s Indian National Congress (INC) rejected that plan despite the fact that Mohammed Ali Jinnah’s separatist All-India Muslim League accepted it. Renewed religious and sectarian violence convinced Mountbatten and prominent INC member Vallabhbhai Patel to take the lead in advocating for a full partition of India. On June 3, 1947, Mountbatten announced a partition plan that met with the endorsement of Nehru, Jinnah, and Sikh leader Baldev Singh that same day.5 This split, along a border now known as the Radcliffe Line, realized a vision advocated by Jinnah and opposed by Mahatma Gandhi for segregating Muslims and Hindus on the basis that apparent cultural and religious differences morally required separate nations. Yet, tensions spilled over with Partition. Riots, forced relocations, and an ensuing civil war displaced between ten and twenty million people and created one of history’s largest refugee crises.6

Rather than engaging with this history as a period piece or plot device, Ms. Marvel centers the experience and setting of Partition in such a way that makes Partition indispensable to Ms. Marvel’s origin story. On the surface, doing so communicates an increasingly distant past to the show’s targeted Gen Z audience.7 Yet, more importantly, by locating Ms. Marvel’s origin in Partition, the show foregrounds the lived experience and multigenerational consequences of empire. In doing so, it flips imperial oppression on its head to reclaim the Partition narrative as empowering to Kamala and the Khans.8

The Khan family’s celebration of its Pakistani heritage both underscores and undercuts its relationship to Partition. Yusuf and Muneeba speak Urdu in their home and even have a smart home system that understands Urdu thanks to Kamala’s best friend, Bruno Carrelli (Matt Lintz). Each family member practices Islam and finds belonging amongst Jersey City’s South Asian community.9 Yet, moments after Yusuf’s triumphant declaration at the dinner table that the family moved to the United States “so that our children could be anything they wanted to be,” a question about Partition from Tyesha (Travina Springer), Aamir’s fiancé, significantly changes the mood. Yusuf points out that his family had been in Karachi for generations, while Muneeba’s had “only” moved during Partition. Muneeba’s remark that “the British left us with a mess. It was very hard for many people,” tries to establish a personal distance from Partition that her use of the first person betrays. Kamala’s silence during the conversation reflects her broader uncertainty about her place in this history and the world around her.10 Her earlier enthusiasm for AvengerCon and the Captain Marvel cosplay contest as something that future historians will write about is dampened by her self-doubts that “It’s not really the brown girls from Jersey City who save the world.”11 Muneeba’s self-imposed distance from Partition and Kamala’s uncertainty about her own story uniquely position Partition as the key site of character development.

The two episodes set in Pakistan consequently mark the series’ turning point.12 For Kamala, the past becomes the present when the bangle transports her to the night of August 15, 1947. In a scene replete with chaotic noises and movements, Kamala uses her grandmother’s powerful bangle to create a trail of stars that lifts a young Sana over the train station’s crowd to reunite her with her father, an independence activist relocating because of his Muslim faith.13 This moment marks the single most important experience in Ms. Marvel’s origin story. It provides her with the personal connection necessary to discern her place in her family’s history. It parallels the origin of Kamala’s hero Captain Marvel, who learned to channel her powers by helping the refugee Skrull people flee from agents of the Kree Empire.14 Ultimately, this moment defeats Kamala’s prior self-doubts by embodying Yusuf’s lesson that “If you save one life, you save the world.”15

Kamala’s time-traveling experience also emboldens Muneeba to embrace the belonging that Sana finds even in her feelings of displacement. Sana notes that she has a Pakistani passport but Indian roots and had witnessed the border between the two states soiled with the “blood and pain” of people “claiming their identity based on an idea some old Englishmen had when they were fleeing the country.”16 Yet she ultimately learned “to find beauty in the pieces.” Muneeba’s apology for not seeing that Sana needed her to understand this signifies that she, too, has finally internalized this lesson.17

To suggest that Ms. Marvel features Partition solely as a backdrop for Kamala’s assumption of the titular mantle is to miss the show’s deeper contemplation of the impact of history on relationships between power and personal identity. That the Khan family still confronts its Partition story almost eighty years later highlights the error and privilege inherent in confining the past to the past. In a sense, revisiting Partition rehashes the trauma that the Khans still deal with, but it also reframes the narrative.18 Kamala’s encounter with masses being labeled, divided, and dehumanized empowers her to become, as she says, “a superhero who actually fights for us” by foregrounding the continued, personal experience of seemingly impersonal and reckless exercises of power.19

Seeing Partition’s empowering and redemptive elements does not mean that the family’s Partition story is now “good.”20 Rather, an interaction in history class between Kamala and her friend Nakia (Yasmeen Fletcher), in which Nakia reminds Kamala that history is written by the oppressors, better encapsulates Partition’s purpose in the show.21 Even with the end of “formal” empire, with its exploitations and arbitrary labels and boundaries, those most victimized continue to suffer from its effects in intensely personal and traumatic ways.22 This suffering goes largely ignored when events are told from the colonizers’ perspective that possesses a direct interest in downplaying the harm that accompanies empire. Thus, to claim that events like Partition worked for the greater good is to feed the consequentialist logic of imperialist powers that see empire as the guarantor of freedom and order and, paradoxically, the end of empire as the ultimate act of benevolence.23

As the show demonstrates, combatting this mindset demands centering the lived experiences of those marginalized. In the finale’s closing montage, Kamala and Nakia’s influencer friend Zoe Zimmer (Laurel Marsden) uses her platform as an ally to elevate Nakia’s voice. Listening to and amplifying these experiences serves as one starting point for rectifying injustices – injustices that are by no means confined to the past – and working toward redemption.24 It is in this spirit that Ms. Marvel reclaims the Khans’ Partition story neither by whitewashing it nor dismissing it, but by confronting it and locating in it a source of power and identity for Kamala and the Khans so that they – and we – find beauty in the pieces.

Andrew Bellamy is a PhD student at Rutgers University studying the modern British Empire. When not reading, researching, or writing, he is an avid consumer of all things Marvel and Star Wars. He also enjoys horology, tea, sports, and spending time with his fiancé, Annie. Even though his favorite Avenger is and always will be Doctor Strange, he is proudly part of the Gen Z contingent that loved Ms. Marvel. Twitter: @andrewbellamy13. Instagram @taco_bell_amy. 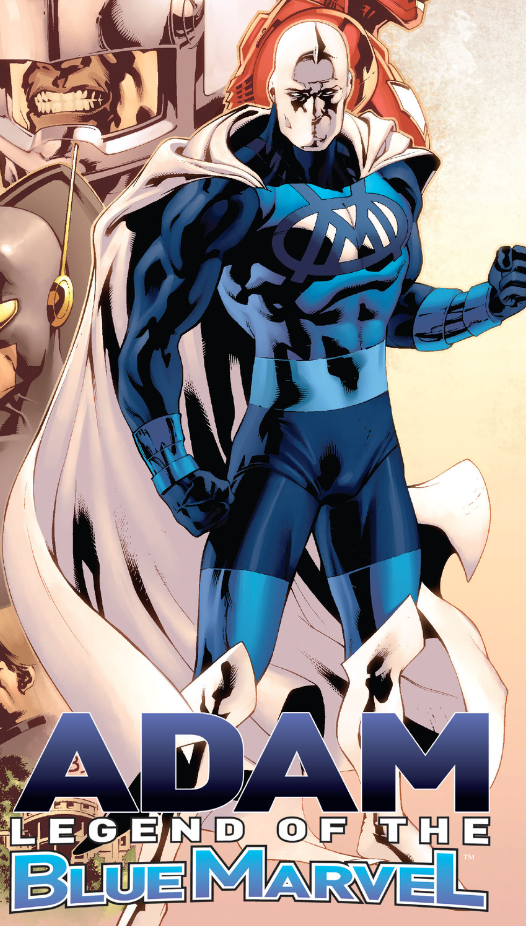 “I’d do whatever is right, wherever and whenever it needs to be done”: Blue Marvel and Integration in the United States Marine Corps Black History 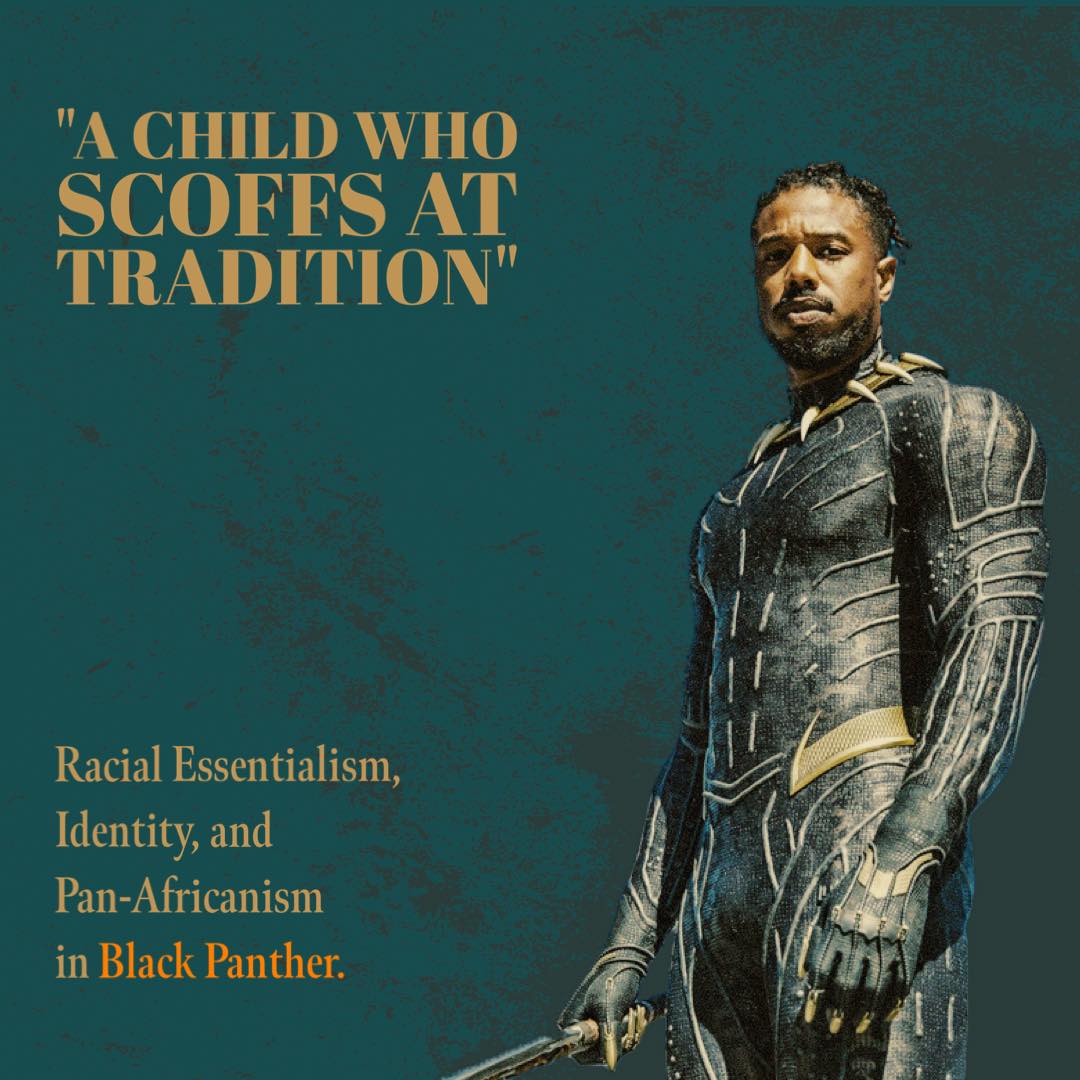 “A Child Who Scoffs at Tradition”: Racial Essentialism, Identity, and Pan-Africanism in Black Panther African History 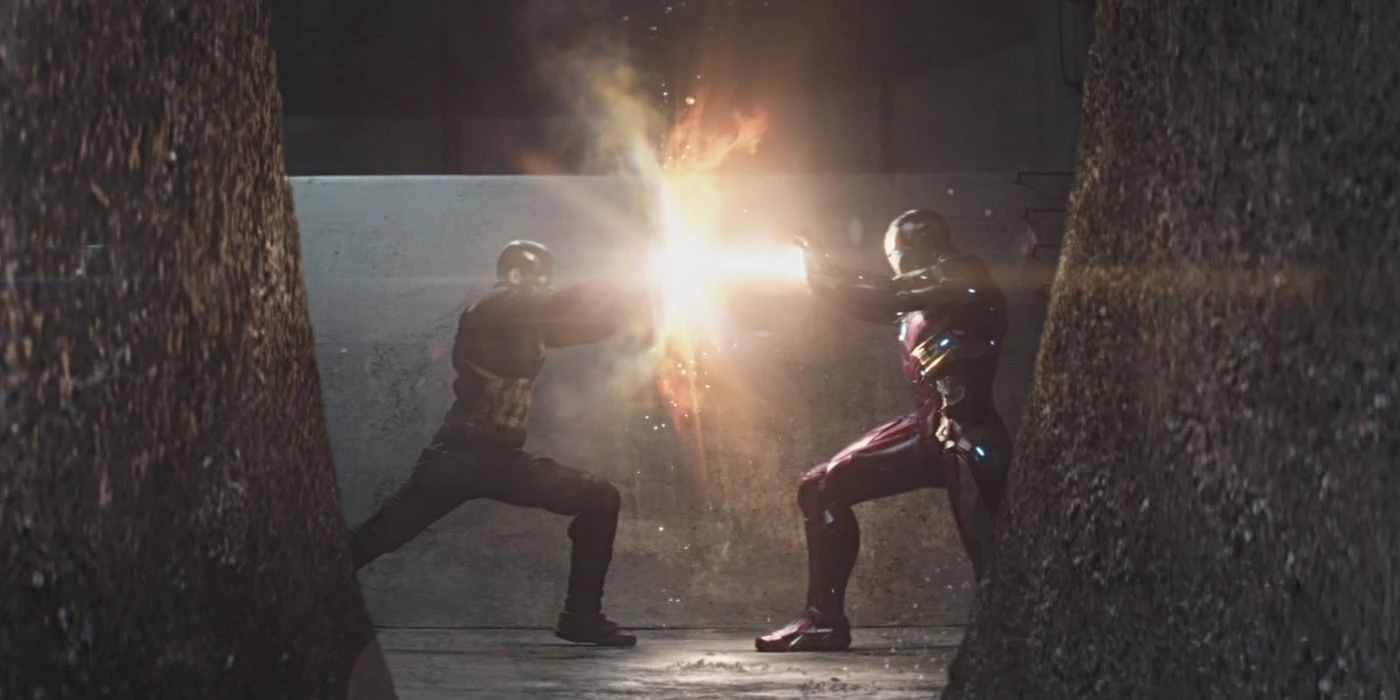