By Hannah Hyman, Doctoral Student, University of Hawai’i at Mānoa

During the Covid lockdown of early- to mid-2020, like most people, escapism was of the highest priority for me. While I found trashy entertainment in Tiger King and delighted in the Lori Lightfoot memes created by other Chicagolanders, video games became a renewed source of comfort to me. They took on new importance in my life as I found a way to detach myself from an increasingly crappy world. After giving up on finding every Korok in The Legend of Zelda: Breath of the Wild and pouring hundreds of hours into Animal Crossing: New Horizons, playing old classics on an emulator became a siren song too powerful to resist. So I gave in… and I realized that the world of Mario Bros. is wonderfully, inescapably queer. And few games are as powerfully and unabashedly queer as Paper Mario: The Thousand Year Door.

About half-way through Paper Mario: The Thousand Year Door, Mario and his companions are tasked with finding a Crystal Star (a very important quest item) in a place called Twilight Town. Much like the name implies, it is a town suspended in perpetual twilight; the moon never fully rises or sets, and everything is cast partially in shadow. While there, players again meet the Shadow Sirens, a group of villains serving as the main antagonists of the game. Among them is Vivian, the youngest sister of the group and the scapegoat—she is critiqued harshly by her sisters which causes her to visibly struggle with self-doubt. Players see Vivian slouch, perpetually frown, become timid, and even cry over the course of the bullying that she experiences. In the North American and German versions of the game, that’s as far as the abuse towards Vivian goes—her sisters are cruel, but there doesn’t seem to be another layer to it.1 However, in almost every other version, Vivian is either implied to be a trans woman or explicitly identifies herself as one. In the Italian version, her dialogue includes the line “I am proud to have become a woman!”2 It’s there that Vivian’s abuse takes a sharp turn into transphobia—her sisters do not go as far as to deadname her, but use the incorrect pronouns in their insults. Vivian eventually breaks away from her sisters after experiencing kindness from Mario and his friends and becomes a permanent playable character after she decides to leave Twilight Town to adventure on.

The space of Twilight Town and the role of shadows provides players insight into Vivian’s experience and identity, even in versions where her gender identity is explicitly wiped away. The gloomy twilight of the town acts as a halfway between light and darkness, a kind of in-between space. Because of this in-between, shadows loom large in the village and are even incorporated into the resident’s designs: the Twilighters have half of their faces covered by blackness.3 It’s in this blackness that we can gain insight into Vivian’s struggles. Michel Serres conceptualizes acting subjects and acted-upon objects in terms of whiteness and blackness, writing that “The object is reduced to a black body and the soul to a white void.”4  In the perpetual in-between of Twilight Town, Vivian is both an actor and acted on, creating her identity or having it damaged in a constant half-way tension. However, people are never just acting or influenced by others actions—instead they exist in a continuum of acting and being acted upon, with Serres adding that “No-one has witnessed the great battle of simple entities. We only ever experience mixtures, we encounter only meetings. The pure body, the black body or the candid soul, is more than improbable. Alabaster and jet are miracles.”5 While Serres uses color to talk about touch, his abstract idea of actor and object can still give us insight how agency works in the space between light and darkness. Twilight Town exists in that gray space, suspended between the blackness of shadow and the light of the suspended moon. Existing in this partially shadowed space, Vivian is both the actor and the metaphorical object acted upon—she conceptualizes and builds her identity, attempting to engage in affirmation of both her gender and herself. She is also belittled for it by her sisters who act against her, denigrating her actions and gender, bringing black shades to the light of subjectivity where Vivian is acted upon. Twilight, the space in-between, gives a physical representation of the tension between being an actant and acted on.

Vivian eventually leaves the whiteness/blackness of Twilight Town, choosing to stay with the people that showed her kindness. After leaving its shadows, she embarks on a much more colorful, brighter adventure with Mario and Co. The vibrant worlds of the ensuing levels (a tropical island, a gaudy train, and a space station) reflect the new ways in which Vivian’s identity matures and strengthens. Serres again writes,

“[My] white, constantly present soul blazes up and is diffused in the unstable reds which exchange with other reds; deserts lacking a soul are black, and fields where the ochre, mauve, cold blue, orange and turquoise soul very occasionally settles are green … This is what our complex and somewhat frightening identity card looks like.”6

For Serres, as we both act and are acted upon, our identities and self-conceptualization can abstractly take on brilliant colors, a way of representing formative, impactful, or vibrant experiences. As Vivian is exposed to the brighter colors outside of Twilight Town, she too experiences events that permanently shape her “identity card.” She becomes not just physically stronger (should the player choose to upgrade her stats), but also more sure of herself: we do not see her cry, slouch, or sink into self-doubt again. Near the very end of the game, she confronts her sisters in a battle at the Palace of Shadow, thrusting her back into the black and white of object and actor. This time, however, Vivian wins, her actantcy being more successful than those of her sister, no doubt bolstered by her brilliant “identity card.”

At the end of the game, Vivian seems to have cautiously reconciled with her sisters, though she doesn’t return back to the half-way gloom of Twilight Town. New horizons not only provide new opportunities and friends, but also affirm her as a strong, confident woman. Even in localizations that remove Vivian’s explicit transness, remnants remain as we watch her fight for self-determination in, and as part of an emergence from, shadow.

Hannah Hyman is a PhD student at the University of Hawai’i at Mānoa studying Political Science. Her work is predominantly as a political theorist with interests including post-structuralism, religious studies, feminist and queer theory, and anything and everything Michel Foucault. In her free time, she’s an avid gamer with a particular love for the Super Mario Bros. franchise, Hollow Knight, and metroidvania games. She’s also a dedicated knitter, fan of The Witcher franchise, and horror movie enthusiast.

“A Cambridge Man, Through and Through”: Call of Duty: Vanguard and African Experiences During the Second World War African History 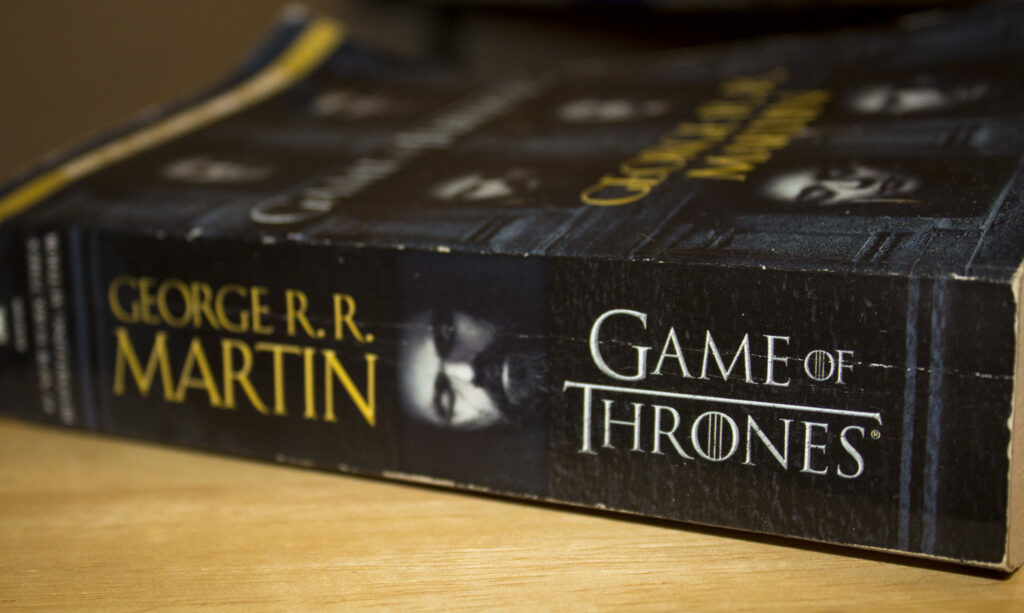 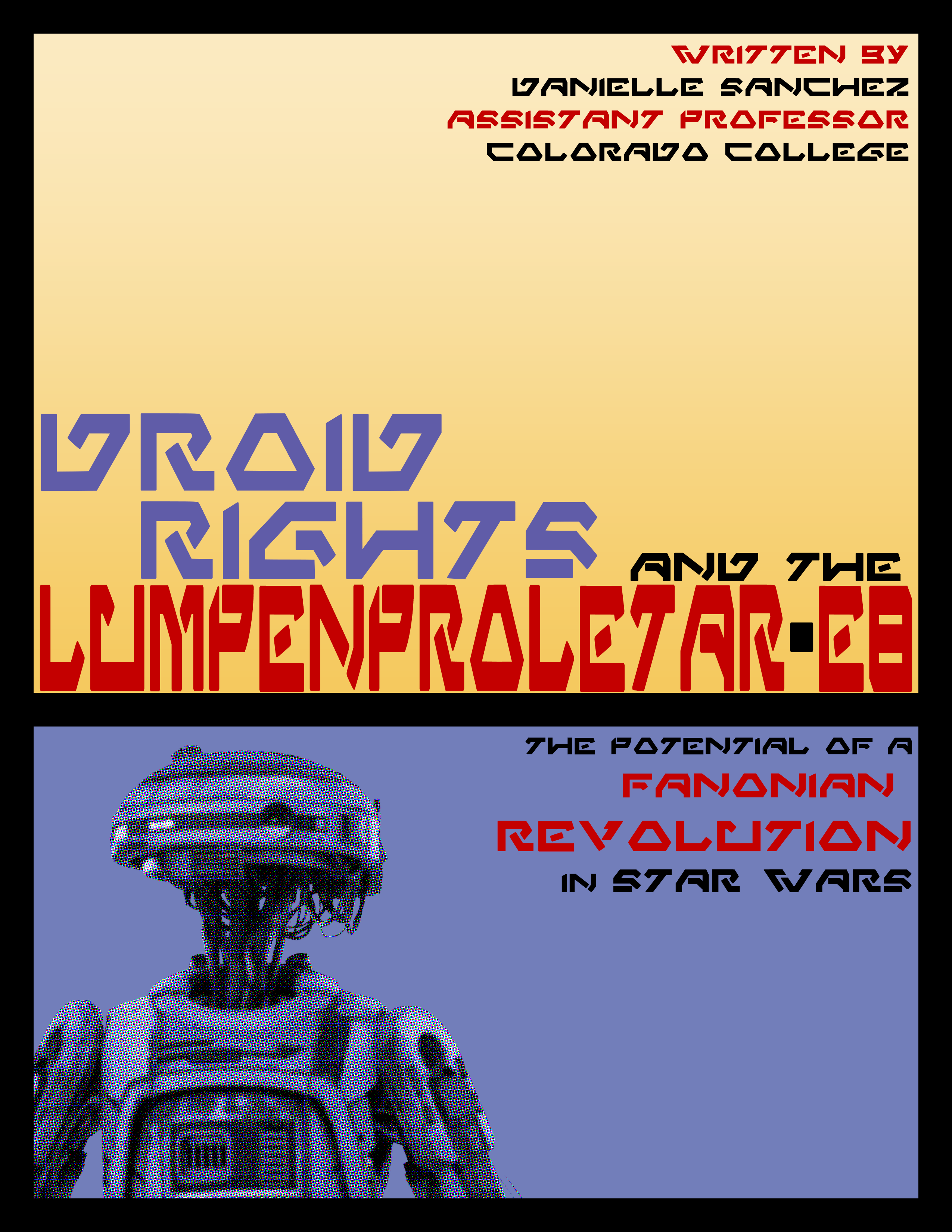 Droid Rights and the Lumpenproletar-E8: The Potential of a Fanonian Revolution in Star Wars Frantz Fanon 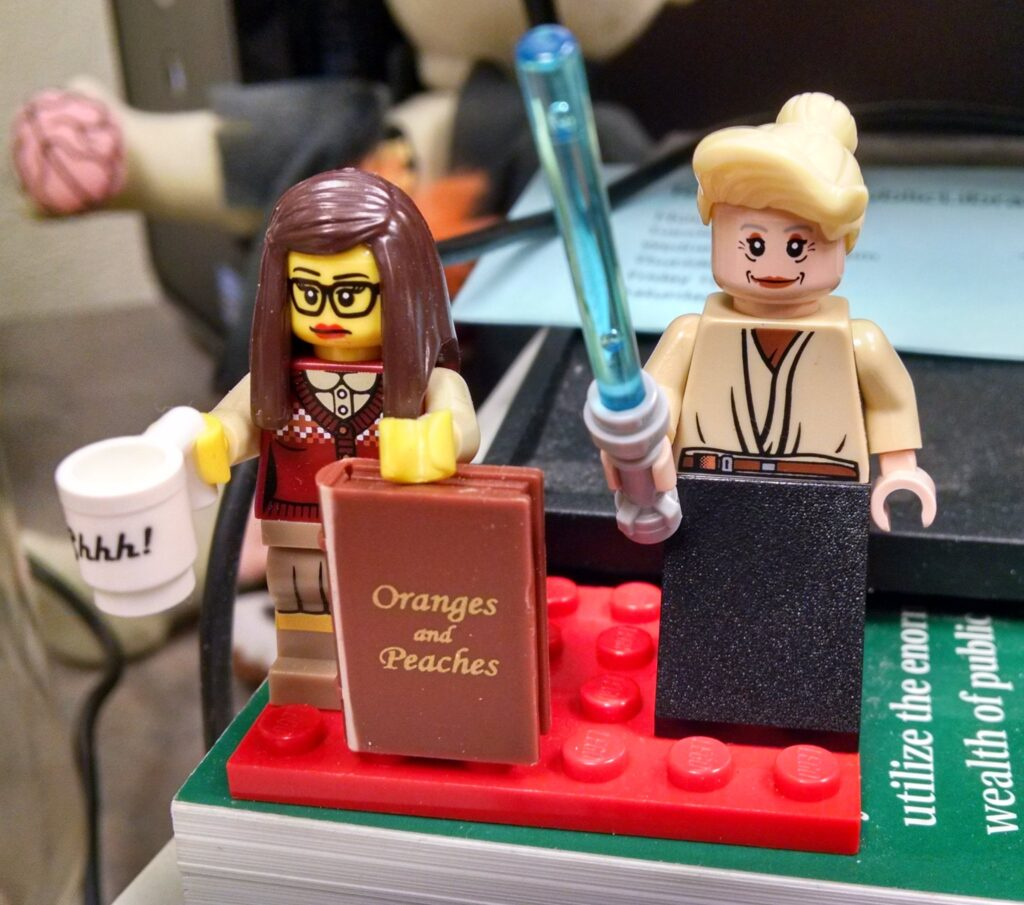